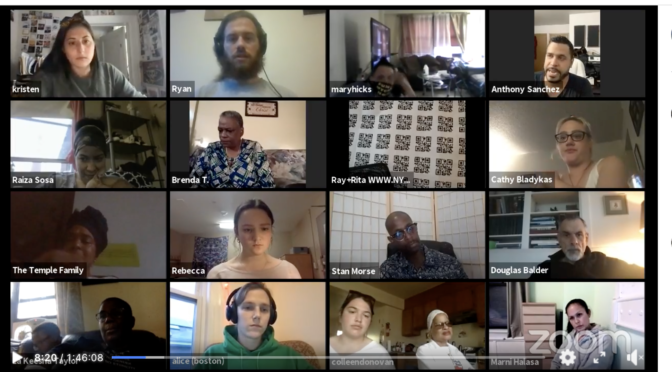 In May of 2021 organizers of the Justice For All Coalition and the United Front Against Displacement pulled together a Truth Commission on RAD/PACT and the privatization of public housing. The majority of the event were testimonies from residents on the front lines. Specifically, speakers were mostly residents living in buildings that were the target of RAD or other privatization schemas, or had already been privatized. Nine speakers were from New York City representing developments in Bronx, Brooklyn and Queens, and five residents and three organizers from Boston, Minneapolis, and the Bay Area.

In brief, tenants narratives speak to the disrespect and neglect residents are expected to deal with, and suggest that in many situations, repair needs are still not adequately addressed.